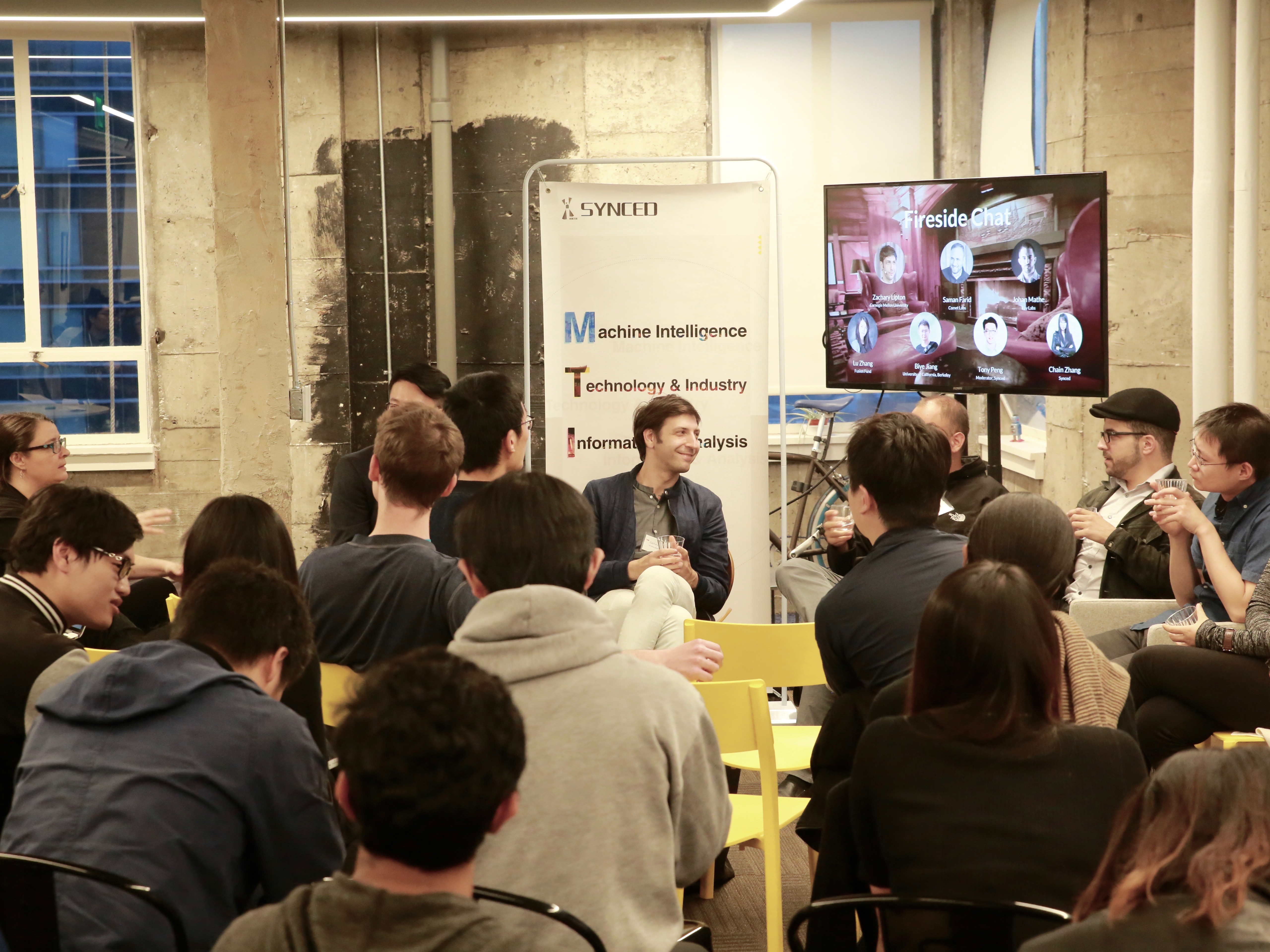 “There is going to be a revolution that’s 100 times the size of the mobile revolution,” claimed Saman Farid from Comet Labs, a San Francisco-based venture capital firm and research lab dedicated to AI.

Sitting amidst a group of industry and academic peers and facing a crowd of over 50 guests seated snugly in the Comet Labs office in downtown San Francisco, Saman made a strong case for what he believes will be the next industrial revolution—one shaped by machine intelligence, “with sensors in everything around us, computers will understand the physical world around us much better…and things like robotics and cheaper hardware can also make changes in the physical world.”

His point helped kick off an hour of lively debate precursing what’s meant to be two days of illuminating discussions at GMIS 2017, Synced’s first Global Machine Intelligence Summit taking place in Beijing this weekend. To help GMIS get some buzz on the other side of the Pacific, Synced’s west coast team invited local specialists slated to appear at the summit to Comet Labs for a fireside chat. Led by Synced’s US journalist Tony Peng, the talk meandered from the implications of interdisciplinary research to the dynamics of globalization in machine intelligence.

Lu Zhang from Fusion Fund, another venture capital firm pointed out that, as a technology, machine intelligence has been around for nearly two decades, but what’s allowing the field to blossom now is a significant reduction in costs and increased collaboration across disciplines, “Now we have machine learning with applications in the medical industry. Why? Because people from healthcare and computer science have started talking to each other, have started figuring out whether the technology I have can solve the problem you have, and in the meantime they have found that this is an even bigger opportunity.”

On the academic side, Zachary Lipton a Ph.D. canditate at UC San Diego added, “We have to be careful with, ‘the technology always being there,’ I think it’s a statement that could be taken to literally. What I think was always there was the core ideas…[but] if you went in 2000 and said hey I’ve got a data set, its got ten thousand pictures of cats and ten thousand pictures of dogs, give me a cat vs. dog classifier, you couldn’t do it.” One of the breakthroughs that is allowing MI to become so applicable across disciplines today is the ability to use domain-specific data to train machines, eliminating the need for human knowledge.

One thing the experts agreed on was that AI is a buzz word that should be approached carefully. Lu Zhang said, “As investors we’re really cautious in investing in AI-related companies because AI has kind of become a buzz word. Maybe five years ago everyone was running a big data company, now everyone is running an AI company, so we have to be very cautious.”

The evening wound down with questions from the audience, another round of drinks, Chinese buffet and networking.

0 comments on “3 Day Count Down: GMIS 2017 Warms Up With Debate at Pre-Event in San Francisco”